Northwood Lettings and Estate Agents in Peterborough, have over 25 years experience in traditional property letting and sales. Our Peterborough team will be happy to help, looking to let a property in the area or looking to rent, you can be assured of our utmost attention at all times. The Peterborough office covers Peterborough including The Ortons, Bretton, Werrington, Longthorpe, Westwood, Eastgate, Dogsthorpe, Gunthorpe, Hampton, Stanground, Yaxley, Whittlesey, Eye, Market Deeping, and surrounding villages.

just now
Rented a three bedroom property from this agency, well to sum it up the whole experience was a nightmare from start to end.

Here's the story in brief:
Start of problems.
Day 1: collect keys from office! Yes that's right they don't use industry recognised procedure and do the handover at the property.
So off I go with the keys. To my horror when I went into the property, I found one of the bedroom carpets saturated with urine, and the ammonia smell was really overpowering.
Rang Northwood straight away. Was told they would call back. This never happened. After a week of continuous phone calls trying to get them to come out we emailed them. 2 weeks later after several emails of complaints (so 3 weeks in and a bedroom we could not use) we get an email of a timelime of events of when we apparently contacted them, if that wasn't bad enough the accusation from Northwood that they concluded the event happened sometime after we got the keys and we had urinated on the carpet, so was going to be charged for a new carpet.
Our response was to send copies of our phone bills showing calls to and from Northwood (very few) and copies of texts between myself and partner.
We moved in at the end of October 2018, the carpet eventually got replaced in the December!

Second problem: when we moved into the property we found the loft hatch was damaged and not very secure, within a few days this decided to fall down. Thankfully no one was walking underneath it at the time. This took several weeks to repair!

Third problem, downstairs toilet door began to come off the hinge, as the wood on the door was spilt. We had pointed this out at the 3 month inspection. Eventually door started to fall off. This was a safety issue as there was a toddler in the house! We was told just to keep the door shut and don't use the toilet. After numerous emails the door was eventually replaced, very reluctantly.

Fourth issue: there was a lot of strong winds that had damaged the garden fence. This was reported to them, but still remained damaged when we moved out of the property at the end of May 2019.

Fifth problem: prior to moving out we went into the garage and the garage door collapsed on us. This was reported and they wasn't as you have probably gathered by now fourth coming about fixing it. More than a week went by, and eventually it got to moving day. Sent them an email and said we needed this fixing urgently before then as it was a safety issue for the removal company. Response eventually said they will be out to fix it. This was the same day as we was moving out, so told them no.
Garage door remained unfixed when we handed the keys back 2 weeks later. (property had been empty for 2 weeks.)

Sixth problem: early on in the tenancy the downstairs toilet light bulb blew. When I went to change this I decided not to, this was because the light fitting was insecure on and not fitting correctly. It was loose and I wasn't about to have it fall and be charged for repair. So this was reported to them.
This remained unrepaired when we ended the tenancy.

Because of all the issues we had from the start we requested that we was present at their final check out. This we was told would not be possible as that's not how they work. They wanted the keys returning to the office.
After airing my concerns about them inspecting the property without the presence of witnesses, they said we could be there but was only there to observe. That I agreed to, but we took along a independent witness, (someone from a government background).
On inspection they tried very hard to withhold our deposit. But we did succeed in getting our full deposit back.

My recommendation to anyone looking to rent with Northwood, do not have verbal communication with them after you take the property, make all your communication written, and keep it for future reference.
Take a copy of any interim inspections.
Take photo's/video's on the day you get the keys, and the day you leave. If you can tell them you want to witness the check out inspection, and take an independent witness.

Colin said he would sell my house within a few days and to my astonishment, he did! Also, he suggested a selling price of £10k-£15k higher than the other agent I was using, had I gone with the other agents suggestion, i would have lost money. Colin is a very motivated estate agent, I would thoroughly recommend this agency to anyone who has a house to sell.

Many thanks to Colin & the team.

My flat was very difficult to sell for various reasons but from the word go, I knew that Colin and his team were doing their utmost to achieve the sale. Colin continually monitored the situation and then made intelligent proposals to me (such as suggestions for repairs & redecoration) that he knew from his lifelong experience in selling property would make that vital difference in order to attract buyers; I was always kept informed of developments via detailed and friendly phone calls. Once a sale was agreed, my choice of a firm of solicitors to carry out the conveyancing was not so inspired however, as they turned out to be very dilatory in their service. Again, Colin intervened - up to the point where he was practically doing their work for them in order to complete the sale. I'm very glad I chose Northwood Peterborough and recommend them wholeheartedly.

One of best letting agencies around, if i had a problem no matter how big or small, all was handled professionally and in timely fashion. Very friendly staff, reasonable fees, what else one can ask from an agency. 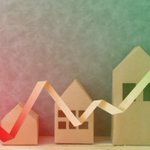 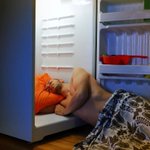 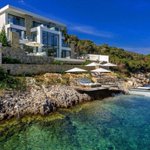 Why this Croatian island from Mamma Mia is one of Europe's 'best-kept secrets' https://t.co/pSU6S7VhDH https://t.co/ePnJlVgT7v
Twitter   Full Post › 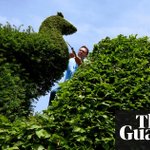 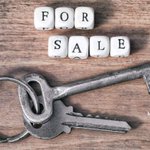 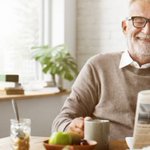 Northwood have over 80 locally owned lettings and estate agencies across the UK. Our professional approach to both sales and lettings and our market leading Guaranteed Rent service makes us the right choice to suit your property needs and requirements. A market appraisal is a great way to start your property journey. You can find out what your property is worth with a virtual or face to face appointment in your home. If you're thinking of making a move we would love to hear from you.

Being a landlord brings many rewards, responsibilities and risk. Selecting the right letting service for you and your property is all about finding the right balance of all three factors. Our Guaranteed Rent service best suits those looking for the financial stability of a fixed income with no involvement while at the other end of the spectrum the Tenant Find service is perfect for a landlord who is comfortable with taking on a much greater level of responsibility. OurGuaranteed Rent service offers landlords the benefit of a guaranteed fixed income on their property, regardless of whether or not it is let or the tenant stops paying.

These days it seems that almost every estate agent attempts to offer a unique set of services to sell your home, whether it's a free valuation, accompanied viewings or floor plans. At Northwood, we believe achieving a truly successful sale is based on so much more. No two sales are the same, and that's why we offer a fully customisable approach for each of our customers. We want to help you sell your property the best way for you and believe that our flexible sales services can do just that. With over 80 offices across the country, our team of over 300 local experts have an intimate knowledge of the current market conditions.

We effectively become your tenant, guaranteeing you a fixed rental income. We then sub-let the property, taking great care to select the right tenants and then manage the property throughout the full duration of the tenancy - leaving you to get on with your busy life. Fill in your contact details and one of our team will get in touch to explain the finer details and book a free market appraisal.

Every landlord wants to know that both their property and money are in safe hands. With 20 years' experience, over 85 offices and over 20,000 landlords nationwide, we are an established and well-respected company in the world of lettings. We are one of the few letting agents in the country who offer a letting service that aims to be both hassle and risk-free. It's an ideal solution for people who want to let their property, with an assured income, and the management taken care of by professionals.

This document gives you important information about your tenancy and helps to answer any questions you may have. If you have any have any further questions please get in contact with your local office.

Protect your possessions and your liability to your landlord with competitive home insurance designed specifically for Northwood tenants. Moving into a new property? We know it's an exciting time with lots to organise and do. In all the excitement, it is important not to forget to arrange your insurance. Northwood Insurance Services can arrange cover to protect both your landlord's property as well as your contents. Northwood franchisees may act as Introducer Appointed Representatives of Jelf Insurance Brokers trading as Marsh Commercial.

Using a letting agent means that as a landlord you don't need to sacrifice your personal time and take on the associated responsibility for letting out and managing the property. When looking for an agent consider factors such as how they will market the property, how they will conduct viewings, their high street presence and their available pool of quality tenants. For a downloadable free checklist on how to select the right letting agent to ensure the protection of both your money and your property by partnering with a professional agencyclick here.