Northwood was founded in 1995 in Portsmouth. Here at Northwood Crawley we operate a high calibre letting, estate agents business. The Company boasts an ever-growing network of offices and this rapid growth is due to the high level of service offered to customers and the extremely professional way in which the company operates.

Avoid this agent at all costs. Crawley, Northwood purport to be a first rate letting agent, but the truth is, they are no more than a pseudo non-professional outfit, who have little genuine experience of managing property, customer services, or even the ability to comprehend their own written polices, instead, they are entirely focused on making as much money as they can from the vulnerable tenant and landlord. The best part of being locked into a contract that allowed them to take in excess of 29% of the rent each month for more than 18 moths of a 3 year contract, was to terminate it.

Avoid their guaranteed rent scheme as its an utter rip off, the office staff are rude, unqualified and frequently incompetent. The franchise director, Peter Green is obsessed with money and will frequently dispute the smallest amount that is owed to a landlord, which on one occasion resulted in a row with his own lettings manager over an unpaid, legitimate £20 invoice. When I complained about the intolerable rudeness of his office manager, he chose to do nothing about it and there are plenty of other reviews on the WWW documenting the obtuse rudeness of Gemma Armstrong, who subsequently was promoted to Director - how inappropriate, disgraceful and shocking, and what a clever executive decision, Peter Green ? These individuals know so little about letting property, maintenance and running a professional company, let alone decent customer service, it beggars belief that they are still in business.

The handover of my property was utterly disgraceful, mismanaged and unprofessional, and even though the damaged caused by the outgoing tenant, who damaged 50% of the window blinds, cracked a bath panel, left two lights hanging from the ceiling, damaged a garden ornament, scratched a kitchen worktop, left kitchen plinths damaged, and scratched the window in a door, cracked a garden storage box, and left the garden in an awful state, and removed items from the property, and caused damaged to rendered walls having installed equipment without permission, Northwood Crawley condoned all of this, as, unequivocally this is damage, and yet Megan Scannell had the audacity to call it all wear and tear - she clearly needs help to understand Northwood’s own printed policy, as all her listings contradict the published document on ‘Wear and Tear’, so very typical of Crawley Northwood, and this is further evidence that these very inexperienced people don’t have much clue, if anything, about what they are doing. They all frequently contradict each other too and they have no sense of continuity or ability to communicate. Typically, its all rather like Chinese whispers !

The email I received following the hand-back, some 8 days after their tenant moved out, having assured me that my property would be handed back within three days, took them 8. Some 48 hours later, following their bogus investigation into the items of damage listed, I was sent an email containing a badly written list of cut and pasted paragraphs that made no logical sense, and I chose not to reply, and if I understood the drawl, £10.20 was offered as a settlement. I suggest they keep it and use it for staff training, as Peter Green clearly spends little on this, as demonstrated by the poorly informed staff he employs. So desperate are they for 5 star reviews, they will pay £10 for every 5 star review submitted, so maybe the £10 I have allowed them to keep, as its worth far more than £10 not to have no further communication with them. They could use it either for purchasing another review, or use it for the desperate staff training they all so urgently require. Northwood, Crawley have to be the most spurious and worst letting agent for miles, so don’t be taken in by the false impression they give. Do the right thing and do not be lured by their unprofessional and dubious dealings. 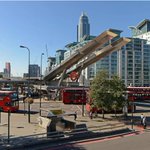 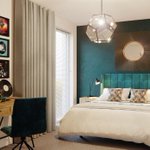 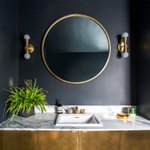