Cairn offers a comprehensive Letting and Management service which can be tailored to suit the requirements of each landlord. We offer the best possible advice on every aspect of the letting process, from guiding you through the mandatory regulations to the preparation of your property for marketing and finding a suitable tenant.

Landlords have much to manage, from ensuring adherence to legislation, providing rights to tenants, property upkeep and more. Whether you are coming to us with one property or multiple residential properties, we can help. If it’s maintenance, management, acquisition or selling, we cover it all and more. Our end to end service has you taken care of.

Cairn have been my letting agency for 2 years now and I could not be happier with the pain free service they have provided. They always keep me updated with the latest legislation, inspection reports and make sure the flat is maintained. First class!

Avoid this company at all costs

Firstly, there was a few things needing done in the flat, the veranda door in the living room didn't close properly at all so there was a constant draft and I had to use duct tape to seal it shut and keep the draft out. There was also a broken dishwasher that never got sorted throughout the whole tenancy even though the door that wouldn't close properly fell on top of my 2 year old nephew's head causing him severe bruising. Even after informing the letting agency of this and informing them that this was a health and safety hazard they still done nothing about it.

I arranged a move out day, which Cairn (which they wrote down wrong in their diary). Anyways, when they turned up to meet me a day late at the flat I walked round with the agent who said the flat was in a great clean condition and he would process the paperwork for me to get my deposit back (J1075) when he got back to the office. So a week went by and I still hadn't heard anything from safe deposit Scotland so I got in touch with them and they told me they hadn't received any paperwork so I had to go between them and Cairn who informed me that I would get the full deposit back. Some time passed, then I received an email from safe deposit Scotland saying - Cairn were wanting half the deposit for cleaning the flat, after them telling me that it was perfect when I left it. I then went to Cairn asking why they were wanting this money and they told me it was down to the landlord even though safe deposit told me it was for cleaning they wanted the money and then told me it was nothing more to do with them and there was nothing else they could tell me.

I disputed this money with safe deposit and put it to an adjudication system they have, upon which Cairn couldn't provide proof that the flat needed all that money to clean it so I got the full deposit back, which was great, but by the time I got it back it was mid April and I had been out the flat three months.

I would avoid Cairn at all costs unless you want nothing done and then half your deposit stolen off of you.

Currently at the tail end of getting my second house , can openly commend cairn letting for the hard work and tolerance with my particular purchase , especially Moya and Sheena who will no doubt have been hearing my voice in there nightmare with how many times I phoned and pestered them for many a miracle update on my future home.
Moya who was upfront and completely honest with me in letting me know that because of the seller/lender that my house was being sold through would take a long and strenuous time due to the legal requirements of buying the property right form the beginning and even when I phoned and phoned for updates ( knowing full well she contacted me the minute she had something as well as Sheena too) were still pleasant and understanding of my personal situation for needing updates.

I am the purchaser of a repossession that cairns had for sale and from the start they have been nothing but amazing allowing viewings access to measure things even down to pushing the sellers for an decision on the offer Moya in particular has been 1st class worth her weight in gold. And lately Chris too. They have gone above and beyond it would not have been possible to get things done without them. 5star service and I wasn't even their client amazing job guys you all deserve a pay rise. Thank you for everything

Living in a different city and trying to sell a property is extremely difficult, Moya was very understanding of my situation and supportive at every stage of the way.
Thank you

I used Cairn for 3 years and received fantastic support and guidance in that time. They made the process from entry to leaving seamless and I would highly recommend.

My husband and I rented our first flat together using this letting agency, and we couldn’t be happier with the service. I’ve dealt with a few dodgy landlords and agencies in the past, so it was a welcome change to have such an organised, professional team on hand. Any issues we’ve had (hardly any, by the way) have been dealt with promptly and communication between us and the landlord has been made so easy thanks to Cairn. Everyone that we’ve dealt with have been so patient and friendly, and it’s honestly been a joy renting this property.

Excellent service offering by Cairn. I rent my property through them and have been guided every step of the way, from preparing to let, to various safety procedures and on the day my tenants moved in, I even received an email to confirm this and let me know they were happy.

My Property Manager is always on call/email and can answer any queries I have. I will continue to use Cairn and have recommended to a few friends who have signed up already.

I think the fees are really good for the amount of work they actually do - I simply don't have the time and feel that my property is in safe hands with people who really know what they are doing! 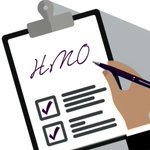 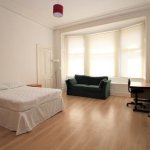 Regardless of whether you're a seasoned investor or a complete newbie we have curated a highly skilled team experienced in property investment, estate agency, letting and development. Together we have years of experience in the market across all tenant sectors. We are 'The Investor's Agency'. Spacious and well presented second floor one bedroom apartment which has great potential for a wide range of buyers such as first time buyers or those taking their next step on the property ladder. Alternatively, this property is an excellent opportunity for investors and landlords, with a rental potential of circa 5,400 per annum, gross yield of 9%.

Founded in 1999, Cairn is now a team of specialists in residential property investment. Managing Director David Rowand saw that his estate agency clients could benefit from more than sales or purchase advice and help with negotiation. Property assets could deliver more return with the right development, refurbishment, letting management and property maintenance programmes. Cairn began as a property company, developing and selling on existing properties. Now it works mainly with investor clients - sourcing, developing, managing and selling residential investment properties to maximise return for their owners.