Alternative Property Services is a one of Havering’s leading independent Letting Agents and has been an established family run business for over 15 years. We currently have 10 fully trained dedicated staff that between them have over 100 years experience in the Lettings Industry with five of them having been employed with us for over 10 years.

We offer a complete service to Landlords and Tenants alike specialising only in Lettings & Property Management. Our office in the heart of Hornchurch allows extensive coverage of the Havering area.

We are members of the Association of Residential Letting Agents (ARLA) which requires a high level of competence. We pride ourselves on our professional approach, therefore ensuring our clients peace of mind. Our fully trained staff are available to provide help and advice, giving a service that is second to none.

Disgusted ! Agent has taken no responsibility

by Residents of Laburnum from Hornchurch on May 14, 2019

Do not let your property through this company, My neighbour has let his property with these cowboys. The issue is the garden has been split into 2 halves for some silly reason! The back end of the property via the back alley has been fly tipped, the landlord has dumped his own rubbish, other have left there rubbish. Now it has became a home to Foxes, rats and the pond which APS never knew about, has flooded and now infested with frogs.! There has been no responsibility taken from APS. I've had several emails and talks with their Manager and she seems to think it is not their responsibility.
I know the tenants have voiced their concerns to them directly and they have been told its not an APS problem! The tenant was also told the infestation is normal and to get used it! I CAN PROVIDE PHOTOS AS EVIDENCE. VERY UNPROFFESIONAL COMPANY

I rented from APS for close to three years. No complaints at all. Three issues reported in that time, cooker, toilet and windows. All dealt with by a single phone call with no follow up required. They even came out to let my son in when he forgot his keys. Friendly and courteous I would not hesitate to use again or recommend.

I've had an excellent experience with APS. Viewing the property was organised very quickly (within a few days) and the moving in process was incredibly straight forward and ran like clockwork. Check in and inventory fees were reasonable.

Jake has been particularly good at clearing up any queries we had before moving in and since, Jane has been excellent in replying to our occasional email in very prompt and in a professional manner.

After moving in, there was a slight issue with the property (faulty air admittance valve) however this was resolved very quickly by the agency with minimal fuss.

I rented a property in Hornchurch under the auspices of APS for around seven years and, during that time, had no problems whatsoever. I found the staff to be friendly, competent and efficient, and have no complaints whatsoever.

I’m not really one for reviews but I didn’t have APSs number to hand so had to do a quick google search and was surprised to see some negative reviews. APS have let my properties for years and I have always received excellent service. The staff are very friendly and knowledgable. I spend a large part of my time out of the Country so I do rely heavily on APS to manage my properties and have never had any issues. Would highly recommend. 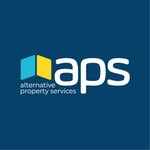 Alternative Property Services believes that marketing your property in the correct manner is essential. That's why when you browse properties marketed by ourselves you will always find high quality photography to include internal photos to show your properties full potential. This added to our own professionally designed website which is constantly listed at the top of Google searches will give us the edge in a very competitive market place. Alternative Property Services manages well over 500 properties and believes that to provide an excellent service Letting Agents need to invest in the latest technology.